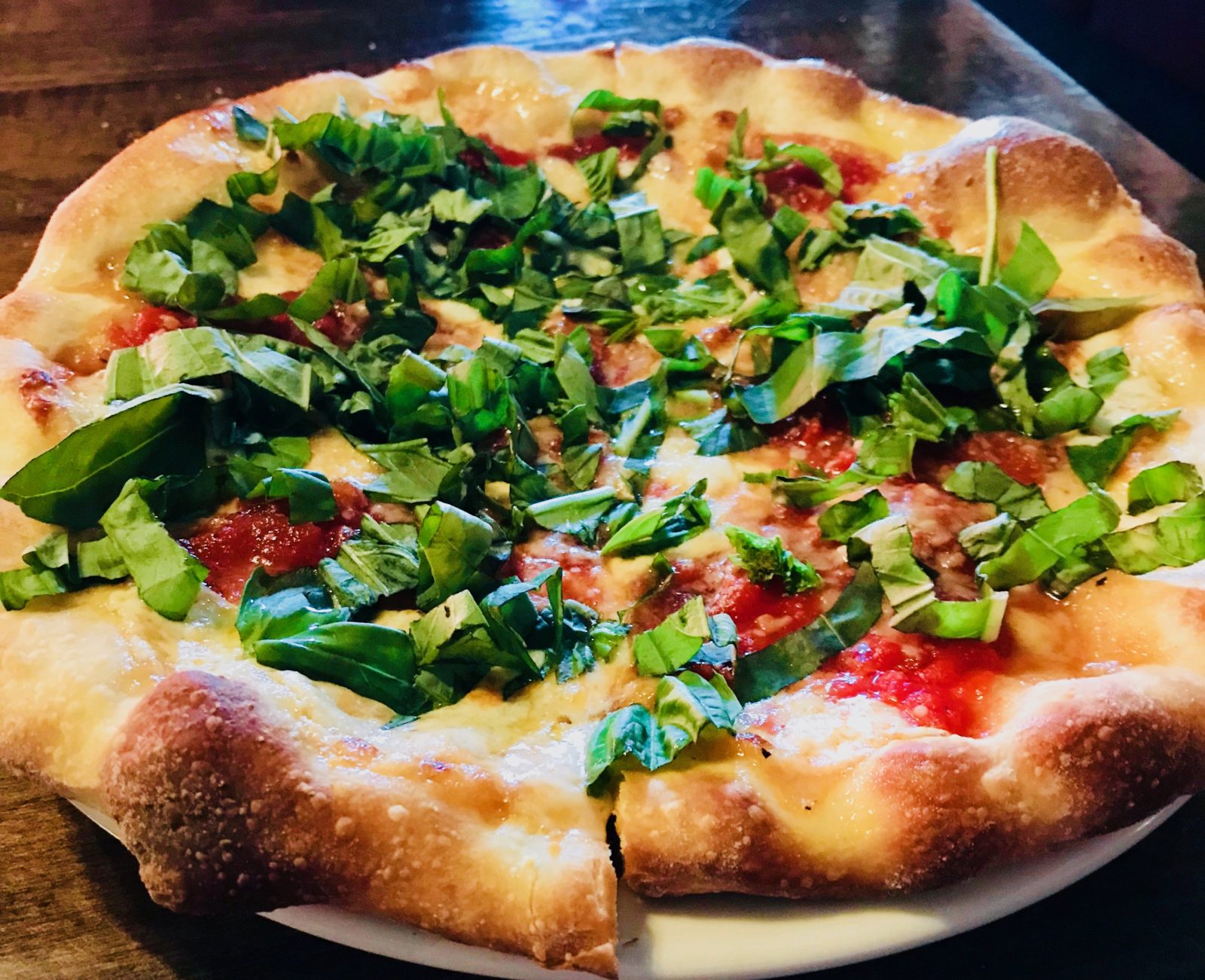 As the summer heat starts to beat down on the Valley, it is nice to take a quick trip and get away for some cooler weather.  An added bonus is visiting a State historic area in the process.  The one time Capital of the Arizona Territory in 1867, it is now the county seat of Yavapai County.  The large county courthouse lawn holds various craft fairs and functions throughout the year, and especially in the summer months. Bordering the courthouse square there are some historic saloons that tell tales that date back to the times of Virgil Earp (Wyatt’s older brother) having seen the prosperity and wrote to his brother about another boomtown known as Tombstone.

Just down the street from the square sits a unique restaurant that is serving up New York classic Italian dishes and Pizza, many of the same recipes that traveled with them from growing up in Sicily.  After a long run of success running an Italian restaurant in New York, they decided to move to Arizona and started a restaurant in Scottsdale.  But when they visited Prescott, they decided the cooler temperatures and small town feel felt more like Sicily to them and they decided to open the doors to Rosa’s Pizzeria, much to the sadness of their Scottsdale clientele.  But many of those devout diners have made the trek north to enjoy the same dishes they love.

We decided to start with a basket of their Garlic Knots ($3.99).  The fresh baked balls of dough were soft with just the hint of a crunchy outside shell.  They are then topped with a chunky garlic butter sauce and some fresh grated cheese. They are tasty as they are served, but I asked for a small cup of the Marinara Sauce ($1.00), which I dunked the knots into for some added flavor.  You will have to be a fan of garlic, as the chef is not timid with its use.

The next starter we ordered was the Mozzarella Sticks ($6.99).  These are the same type that I grew up on.  Although some frown upon the pre-made and frozen sticks, it gives me great memories of dunking them into the sauce.  So I always feel like that 10-year-old boy that got to try them at the local Friendly’s restaurant for the first time.  So for nostalgia alone, I was okay with the dish. If you only want to eat the freshest of ingredients and food preparations than perhaps skip this dish, but that will just leave more for the young boy in me.

We also decided to have a small Caesar Salad ($4.99).  This was the traditional version of the classic salad.  The evenly balanced Caesar dressing that didn’t overwhelm the salad while eating thrilled me.  Even though it was small, it was plenty for two people to share.  It was a nice break from the fried foods and bread we had already consumed.  They have several other salads available as well.

The final item was the 10 inch Margherita Pizza ($11.99).  I am a big fan of a Margherita pizza, as it has less cheese than traditional cheese pizza.  This version has a little more cheese and a lot more basil chiffonade then I tend to prefer.  But the dough was exceptional especially around the crust edge.  We should have let it cool a little longer before diving in, as the center had not yet cooled enough for the first bite.  This size is more than enough to share especially with all the other items that were ordered.

It was a nice large dining room and with it being a few blocks past the main town square, as not as crowded as some of the other spots we drove by on the way to it. It has some outside street side seating as well, if you prefer the open air eating experience.  Danica, our server, was full of information and was a huge help during the decision process with the menu.  The feel is rustic and comfortable and you will get a tasty Italian meal without a doubt. So head north and beat the heat, and conquer your hunger at the same time.