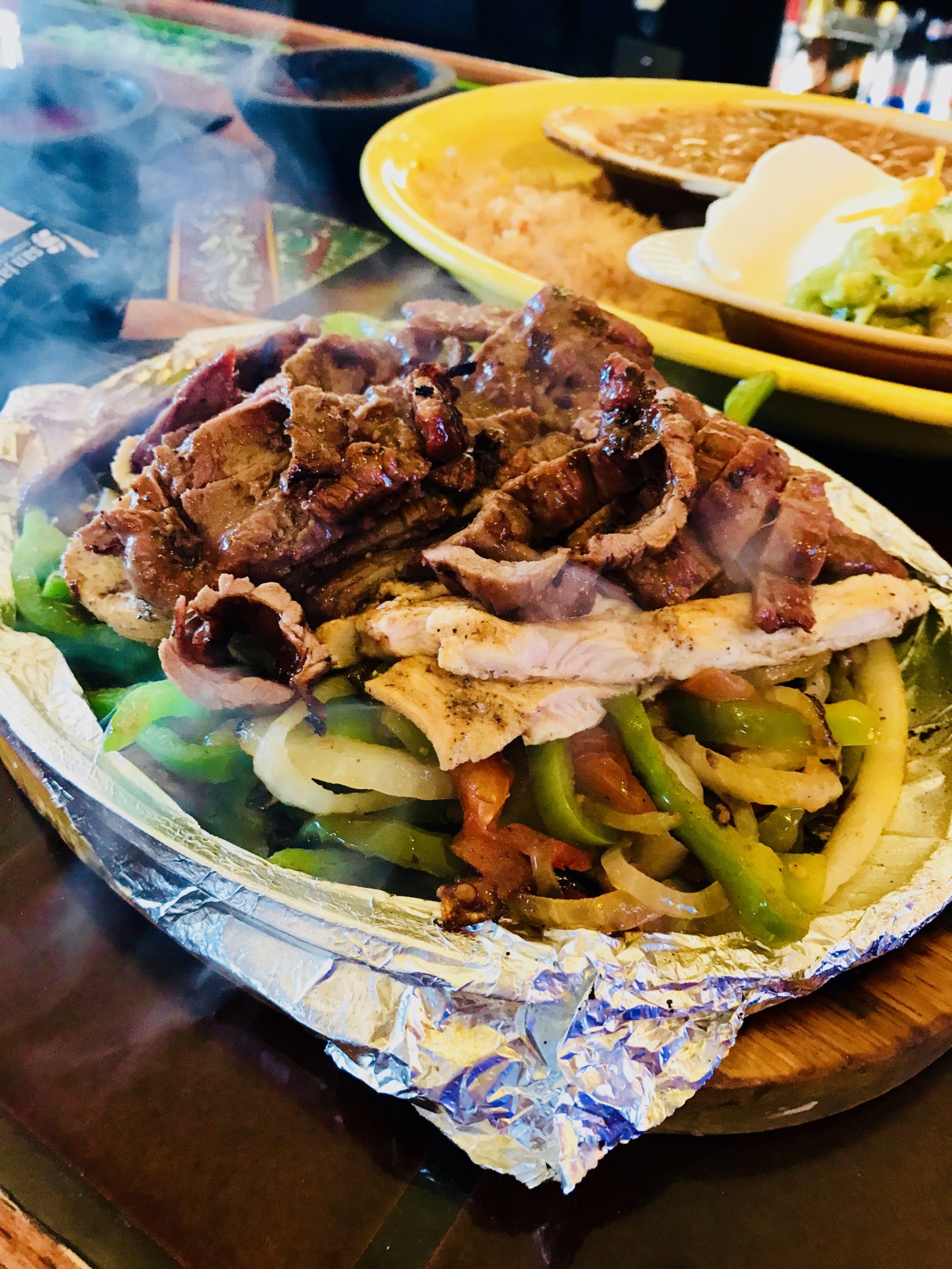 Interested in being transported to Mexico City for dinner or lunch?  Then I recommend heading over to Plaza Bonita on Carefree Highway in North Phoenix.  They have a variety of dishes and have several flavors of salsa to choose from.  One of the big positives of this restaurant is that while they still have the classic selection of common Mexican dishes, they also have a good selection of dishes that are more unique.  They have a few locations through out Northern Arizona including Cottonwood, Sedona, and Flagstaff.  The chips and salsa that are presented to you as you sit down at the table are crisp and warm and hard to stop enjoying while you are waiting for your meal.  There is the traditional salsa for dipping but upon request you can get the Mild salsa, which I tend to enjoy more often.

The first entrée we ordered was the Fajitas ($24.99).  They have several varieties such as Chicken or Beef.  We decided to choose the option of a mixture of beef and chicken, hence the increased price.  But there is plenty of meat with this choice that it is an easy dish to share with two or more people.  It comes served with rice, beans, guacamole, cheese, pico de gallo and sour cream. You have a choice of flour or corn tortillas.  A nice option when building your tortilla of flavor is to put a little of the toppings on the base of the tortilla and than a few pieces of both meat and chicken.  The flavors all meld together and create a great bite.

The next entrée was the Combination Plate #2 ($11.95).  You get to select two items out of a list of six options.  We debated and finally decided on a Beef Taco and a Cheese Enchilada.  The plate also comes with refried beans and rice as well.  It is a great combination and with the flexibility to choose anything opens it up to many different varieties on any given visit.  You could pick a Chile Relleno, a Burrito, or even a Tamale.  The shell of the taco was crisp and it was filled with lettuce, tomatoes, cheese, diced onion and the seasoned beef.  A very robust flavored and crunchy bite awaits you with the taco.  The enchilada was a good size and oozed with melted cheese and the red enchilada sauce.  While the dish is designed for one person, I warn you that it is a lot of food.  It is not impossible to finish, but it helps to be hungry when attempting to do so.

The final entrée is one of my culinary guilty pleasures, and is a delight to eat at this locale, Chicken Mole ($13.05).  This is a dish not a lot people know, but I challenge you to try.  At Plaza Bonita they take skinless breast of chicken and braise it with a sweet, yet slightly spicy peanut butter based sauce, which also has a bit of chocolate mixed in.  Then served with side items of beans and rice as well as your choice of tortilla. It is not for everyone but if you like a little sweet and spicy at the same time, you may want to order it some time. The mole sauce is made in house, which gives it the added bonus of not being exactly the same each time you visit. Some days it may be sweeter, spicy, lighter in color, or a dark hue.  But every time I have had it, regardless of the current batch it has been tasty.

Both the Fajitas and the Mole can feed two to three people so either is a good dish to order to share.  The décor is bright and colorful with lots of colors you would find at a street bazaar. But the staff is quick and friendly and always greet you with a smile.  Friday nights and Saturday nights tend to be on the busier side, so be prepared to wait, or if it is just two of you try sitting at the bar.  While traveling down to Mexico City may not be in the budget, you can get the same sort of flair and flavor in closer proximity. So head on into to the Plaza and say, Hola.