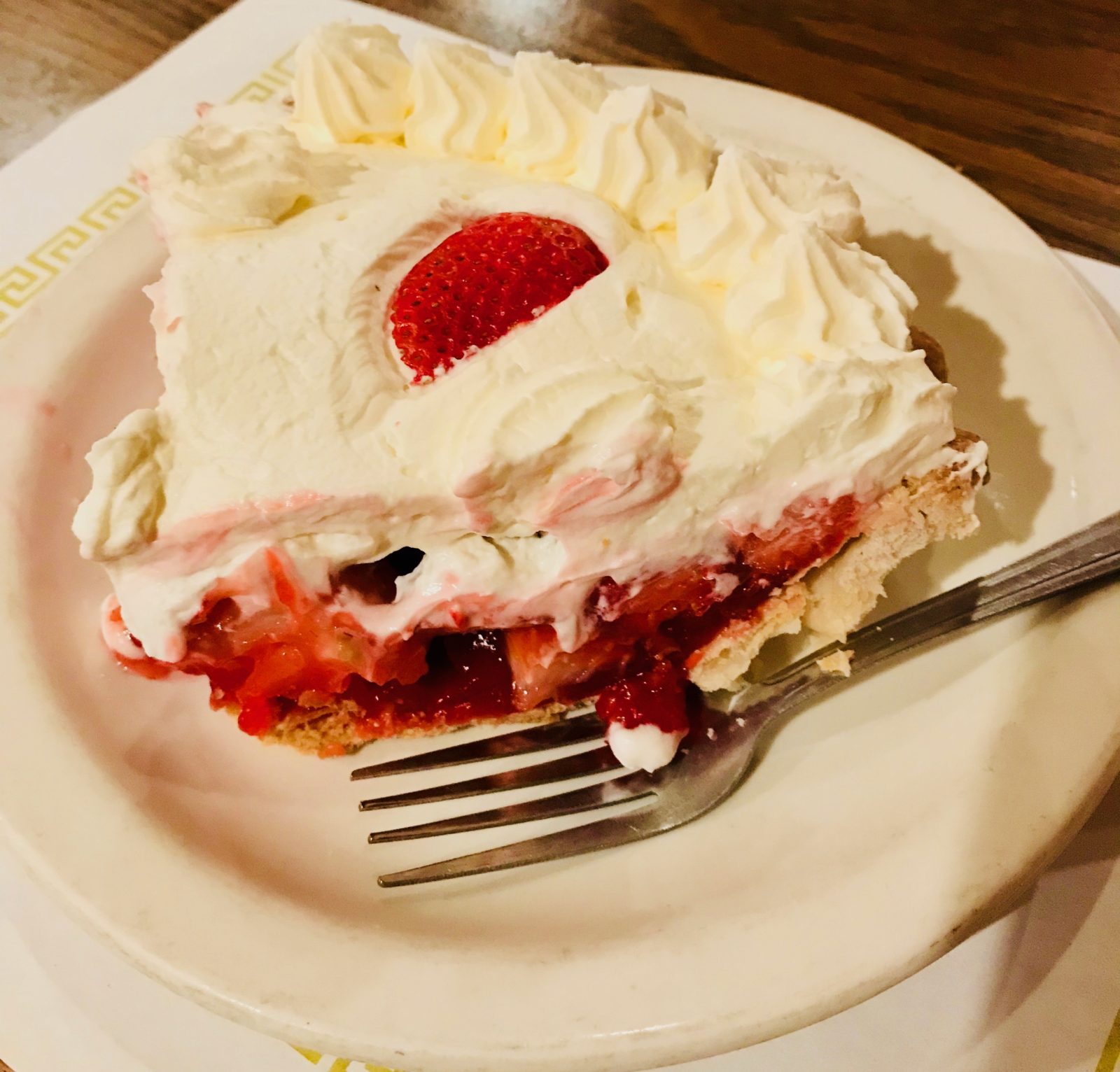 So many of us are transplants from another city and do not have family close to sit down and enjoy a meal the way we remember from our youth. When you are starting to feel nostalgic for some home made from scratch cooking then head straight to My Mother’s Restaurant. For over 30 years they have been serving up an eclectic mix of dishes. The difference between here and eating at your actual family’s table is you can have something different than your annoying little brother. They are serving up Turkey, Steak, Salads, and Italian dishes all on the same menu.

Located in a side strip mall that faces 19th avenue, we were amazed at how full the parking lot in front was at such an early hour. There is plenty of parking behind the restaurant too, so that is convenient. Inside you will see a hostess/cashier stand and then the dining room. But just before the dining room area there is a small tucked away bar with a table top video game system that quickly reminded me of my childhood, prior to smart phones and personal game systems. Just inside the dining room area is a split up salad bar, with a lot of different toppings and salad dressings to choose from. As we made our way to the table, you get to notice that the decorations are very much what you might see in a family house.

We were given time to review the menu and while contemplating the options; we were given a warm loaf of homemade wheat bread with butter. This bread felt like it just came out of the oven and when spreading the butter on, it glided over the bread very easily. We were tempted by some of their many sandwiches, but in the end decided to go for a more traditional plate meal. All the meals come with one trip to the salad bar as well as with side items.

The first meal we decided on was the Chicken Fried Chicken ($11.49). Along with the salad bar, you get to pick from two side items from a list of nine items. For this dish we selected mixed vegetables and French fries. This may have been one of the biggest pieces of Chicken Fried Steak on a plate we have ever seen. It was so big that a portion of it was hidden by most of the French fries. The coating was perfectly crisp and yet still light. The chicken inside was tender and had great flavor. The gravy was more of a creamy chicken gravy then a traditional country gravy, but still very flavorful. The French fries were crisp with a good amount of salt on them, but the vegetables were just okay, I would recommend perhaps another side item.

The next entrée was one that I had heard was a specialty of the restaurant from numerous sources. So we ordered the Fresh Carved Roast Turkey ($13.49). This is several slices of perfectly roasted, moist Turkey served with mashed potatoes, stuffing, and gravy all over the top. It also comes with a piece of corn on the cob and a little cup of Cranberry sauce. If you are craving a Thanksgiving style meal at a time other than Thanksgiving, I do recommend making your way here. The plate was piled high as you often see on the most magnificent of culinary holidays. The Turkey was sliced nice and thin, which made it easy to get some of the other items on the fork with the meat. It was a very filling meal option, and please I want you to be warned that you may not get to finish. But you will want to definitely save room for the most amazing pies.

They have so many slices of pies to choose from and each slice of pie ($4.99) is made in house. While I was very interested in a slice of pie, I was a little surprised by the price. But after seeing how much food you received at dinner for such a low price, I should have been more concerned about the size of the slice of pie. The first pie we ordered was the Strawberry Cream. When the menu says that it is ¼ of the pie, they were not exaggerating. It is a hefty piece of heaven. The flaky and buttery crust was piled high with fresh strawberries and then covered in a custard cream. This is a piece of pie that needs to be shared amongst the table.

The next slice of pie, yes we should have stopped at one if we had read more carefully, was the Apple Pie ($4.99). It had the same crust as the other pie, but the crust was on top and on the bottom this time. In between the delicious crust was a mixture of apples and cinnamon for the filling. The pie slice is very accurately described as taking up a ¼ of the pie and I beg you to learn from my mistake. Either order less entrée options and more pie, or pick one pie to share.

I have to say, with the décor, the menu items, and the fresh pie it did really feel like a trip to a family gathering. The service was a little slow, but being a busy Friday evening it was understandable. It was also a big help because it gave time to digest each item. The food will in my opinion make you remember the home cooked meals from childhood, with the big added bonus of not having to help with the dishes.